OUR FAVOURITE TEAS AND WHAT THEY CAN DO FOR YOU!

Munchtime > blog > OUR FAVOURITE TEAS AND WHAT THEY CAN DO FOR YOU!

OUR FAVOURITE TEAS AND WHAT THEY CAN DO FOR YOU!

Not everyone knows their Earl Grey from their Darjeeling, but most of us enjoy a cup of tea from time to time. The variety of teas available today is nothing short of overwhelming, each with its own unique blend of leaves, herbs, and spices. Each, in turn, has their own set of health benefits. One of the great things you can do for your health is to drink good tea – especially as a replacement to coffee for those that get the jitters.

Tea is commonly said to have originated in China in 206BC, although some estimates date back as far as 2737BC. Tea’s popularity has steadily increased ever since. It first spread to Japan, where it became embedded in the culture. Tea drinking ceremonies were created for formal occasions that became integral to society. It eventually spread around the rest of the globe. In the 17th century, Europeans got ahold of the good stuff and created a worldwide tea trading network. The rest is history.

Tea has always been thought of as beneficial to our health. Modern research into the health benefits of tea has begun to elaborate on this hunch, sorting the truth from the many myths about tea drinking. The verdict? Tea is definitely good for us. All tea contains high concentrations of flavonoids, which are antioxidant compounds unique to plants, shown to improve cardiovascular health. 2013 University of Wisconsin-Madison research has concluded that regular tea drinking, alongside benefits to cardiovascular health, can reduce our likelihood of cancer and chronic diseases. Let’s take a look at some of our favourite varie-teas, taking note of some of the potential benefits for our health.

Black tea, or blends derived from it, are the most popular kind in the world. Blends made from black tea are considered much stronger and flavourful than green, white or Oolong. Famous blends include Assam, Darjeeling, Nepal, Earl Grey and Lapsang souchong, which all have distinct flavour palettes.

One of the more recent discoveries about black tea is the part it has to play in our metabolism. A 2017 UCLA study  found that drinking black tea alters a certain kind of flora in our guts, which can contribute to weight loss.

In addition, a 2011 worldwide study conducted by Unilever and Amiens University Hospital, France, discovered a clear correlation between regular black tea consumption and reduced risk of diabetes. This is achieved, the authors proposed, through black tea’s ability to moderate sharp rises in blood glucose levels, making it not just effective at preventing diabetes, but a tool that can help one manage it.

Oolong is a semi-fermented tea, dating back to ancient Chinese culture, which is traditionally brewed in clay teapots. The preparation of Oolong tea is considered very important. It should not be brewed to boiling point, as this can disrupt the taste and health-imbuing qualities. Instead, it should be boiled to somewhere between 83 and 96 degrees Celsius. 2015 Meta research conducted by Rutgers University has discovered that drinking Oolong tea has antioxidant, anti-inflammatory and anti-obesity properties. The theasinensins present in Oolong bolsters our bodies’ metabolism, increasing the rate at which we oxidise fat. If weight loss is a priority, Oolong could be the one for you.

Green tea is an important component of the Asian diet, especially in China. The even healthier cousin of black tea, green tea has a marked effect on reducing diabetes and cardiovascular disease and has even been shown to decrease the likelihood of developing degenerative diseases such as Alzheimer’s or Parkinson’s. Like most tea blends, green tea imbues us with benefits to overall mood and cognition due to the caffeine and amino acid L-theanine present in the brew. If that’s not enough for you, green tea is also an excellent remedy for bad breath. Be sure to check out our previous OSM blog, which elaborates on these findings about green tea.

An aphrodisiac, widely believed to increase libido in both men and women, Matcha is a variety of green tea recently popularised in the west. 2017 research conducted by Wageningen University in The Nederlands showed that drinking Matcha tea regularly has been shown to improve reaction speed and memory recall. A 2003 University of Colorado study also discovered that epigallocatechin gallate, a substance present in green tea which is believed to combat cholesterol, exists in a quantity 137 times greater in Matcha than in green tea.

Sweet Chai, also known as Chai Masala is a favourite of Indians, Pakistanis, Bangladeshis and just about anybody that happens to try it. It is created by mixing black tea with a variety of spices. The usual suspects are cardamom pods, cinnamon sticks, ground cloves, black pepper and ground ginger. The product is then brewed in milk, rather than water to give it a thick heartwarming taste. We don’t have any unique health benefits for this type of tea, but it is delicious! Nothing can cheer you up like a cup of sweet chai when the weather is bad. Or, in fact, when the weather is good. Sweet chai has recently gained popularity in the west, sold in large chain coffee stores as “chai latte”. Unfortunately, it is almost always pre-ground spice mixes used to make the tea. If you can get ahold of it, freshly made chai is a treat for the soul.

Drinking tea isn’t like taking a pill that makes you healthier. Behind tea drinking, there is a ritualistic, fragrant, and stimulating experience, which can help us to develop skill and patience. Many loves and friendships have been nurtured through the sharing pots of tea through the centuries. If you’re not looking for the rush of coffee, try some tea and slow right down.

THE STRANGE PHYSIOLOGY OF EXTREME ENDURANCE ATHLETES
ACTIVE KIDS: THE IMPORTANCE OF SPORT AND PHYSICAL ACTIVITY 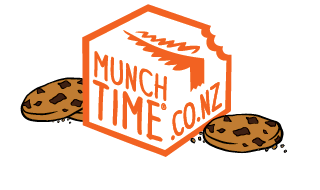 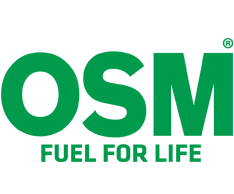